In this tutorial we see how to crack Windows password with BT 4. 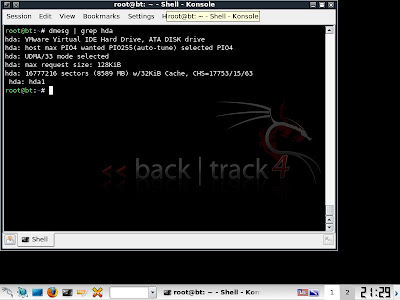 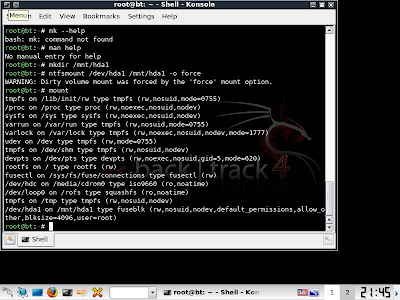 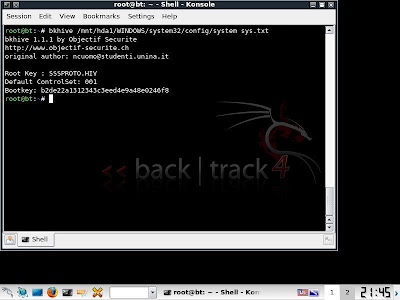 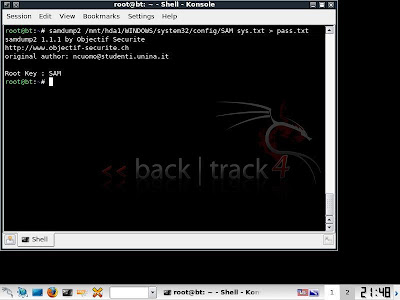 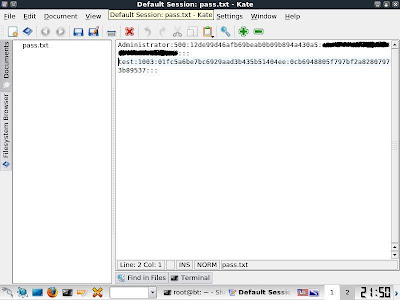 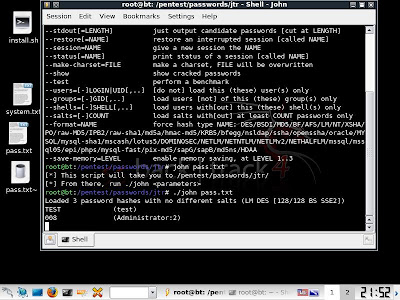 That how we can crack windows hash is just five minute. but if there password is in complex policy so it will may be hard to crack with john so we can use rainbow tables for crack password up to 14 characters.

Alternative we can blank administrator password in just in 2 min.

For that go to Shell Console type following command : 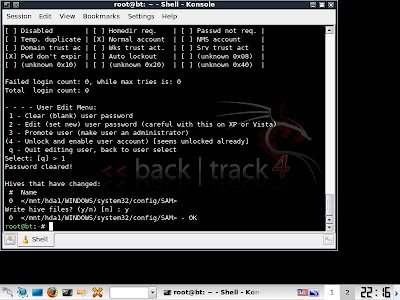